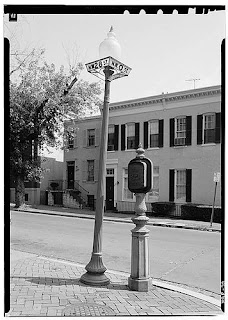 Following Jesus is beautiful in its simplicity and stunning in its complexity.  Jesus lets loose his call, and we can either answer it and follow, or ignore it and go on down the road our lives were headed before.  This is where the simplicity lies: it is an either/or decision.  There are only two options.  Many people who self identify as Christians attempt to find a middle ground of following Jesus in some of what they do and think, but I think they deceive themselves, for this middle ground does not exist.  Dietrich Bonhoeffer describes three biblical examples of such people in The Cost of Discipleship:

57 As they were going along the road, someone said to him, “I will follow you wherever you go.” 58 And Jesus said to him, “Foxes have holes, and birds of the air have nests, but the Son of Man has nowhere to lay his head.”

59 To another he said, “Follow me.” But he said, “Lord, let me first go and bury my father.” 60 And Jesus said to him, “Leave the dead to bury their own dead. But as for you, go and proclaim the kingdom of God.” 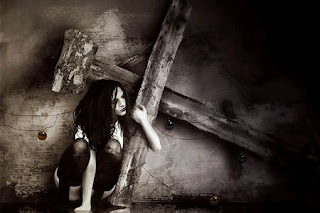 Additionally, Bonhoeffer asserts, “only he who believes is obedient, and only he who is obedient believes.” At first we may be reticent to assent to both of these truths at once (particularly the second), fearing that we add a requirement of works for salvation, but I don’t think it changes the requirements for salvation at all.  We are saved by God’s grace, through our faith in Christ.  Yet, to have faith is an act of obedience in itself, and true faith will certainly continue to produce obedience after the first moment a person declares his faith.

Typical language trying to reconcile a spiritual life grounded in faith and grace with the impetus for godly lifestyles involves the language of gift and response.  It goes something like this: God has given me salvation through the gift of grace and undeserved love; I have accepted that gift through faith in Jesus; as a result of my faith, I begin to love Jesus and am grateful for all he has done for me; that love I have for Jesus motivates me to express it through obedience to his commands and conformity to his ways.  I have little argument with this way of thinking.  I think it is helpful, even beautiful, and ultimately, biblical.  Where I want to push back a little is that it may not offer much in the way of practical application.

The practical life application I have come to is a product of several weeks’ worth of thinking, particular about the topics of discipleship and monasticism, and they came together through reading the first couple chapters of The Cost of Discipleship.  However, I didn’t really draw it into a coherent thought process until I was trying to discuss the bits and pieces of my thoughts with Aaron Smith.